Translate from or into Russian | Kasakova Traduzioni

Главная / Translate from or into Russian

Translate from or into Russian

Why is it so hard to obtain a reliable translation into Russian?

Anyone who has ever came across the Russian language knows it well: Russian is a difficult language. It is for its phonetics, for its alphabet that differs from ours, for its declinations, for the suffixes, for the verbal modalities that include a perfective and an imperfective one. A language that mixes an ancient tradition of Slavic language with a very complex grammatical organization. Together with the Uro – Finnish language group, Russian is unanimously considered the most difficult language among European languages. For this reason, trying a translation from or into Russian is a difficult task, especially if you want to maintain a high level of quality and reliability. To deal with such a difficult language, one must be born and have grown up. Otherwise, the risk of making a translation that does not accurately reflect the semantic level or is affected by inaccuracies is very high. At the beginning it was Cyril and Methodius

To begin with, the Russian language is based on the Cyrillic alphabet, elaborated by Cyril and Methodius at the end of the tenth century D.C. in the Dobruja area, in today’s north-eastern Bulgaria. Some letters of the Cyrillic alphabet are specular to the Greek, others own. Most of the Eastern European languages are based on this alphabet, which interprets its sounds and phonetics: Russian, Bulgarian, Serbian, Ukrainian, Belarusian. Among these languages, Russian is by far the most widely spoken language, having been the official language of the Tsarist Empire and the Soviet Union. In practically all the 14 former USSR republics, Russian is still the language used for business, works and projects involving third countries.

How Russian is different from other European languages

The grammatical organization of the Russian language is very different from ours, this is a moment that must be taken into account when making a translation that is effective. In Russian, nouns have six cases, as in Latin, that is nominative, genitive, dative, accusative, instrumental, locative. The nouns are declined according to this scheme, and include the masculine, the feminine and the neutral. The declension of the related adjectives is also included. Initially identifying the neutral can lead to confusion with the male, so help can be to take a look at the adjective. In many cases then between Russian and Italian the kind of many objects is the opposite: “salad” for example in Russian is in the masculine “салат”. When translating from or into Italian, there are many words that can be considered as “false friends”, a term coined by the Italianist Julia Dobrovolskaya, that is to say those words very similar between the two languages ​​but which at the semantic level they have different meaning: for example “симпатичный” is not “nice” but “nice”, “интеллигентный” is not “smart” but “of good manners”, “еенеджер” is not “manager” but “employed”, “Колледж” is not “college” but “professional start-up institute”. A separate chapter deserves the various suffixes, to be translated carefully, because placed at the beginning of a verb can change its meaning, and request a different correspondent word in Italian, for example: делать – fare, сделать – perfective, переделать – redo , подделать – tamper with. The richness of the Russian language can lead to confusion when the translator speaks of motion verbs: in Russian there are verbs that indicate a movement through a medium, and without a means. The difference is fundamental, in order to avoid arousing the laughter of those who read us. There are also nuances related to the lexical theme: for example in the jargon of the navy trouble to say “корабль плывёт”, which would be “the ship sails” is said “корабль идет”, which would be “the ship goes (with its” legs ” ) “; We would risk getting an admiral angry.

How to translate from Russian The same arrangement and quantity of words differs between Italian and Russian. In the Slavic language, if one considers a proposition, the latter can see the verb at the bottom, or be concentrated in a few words, or else do not have the verb in general; all things that must be correctly interpreted and rendered in Italian. So the translator must take care to read the sentence to the end, and be ready to reel it, moving the elements, combining them and adding a verb if necessary. A very present error from those who translate from Russian into Italian then is to leave out the articles. The Italian language requires the presence of the definite or indefinite article, according to the necessity and the meaning, or the articulated prepositions. Russian is totally missing these particles, which for Russians are unknown entities, and only after a long experience the Russian mother-tongue translator will have the certainty of using them and the certainty of not losing some of them on the street.

Translate from English into Russian 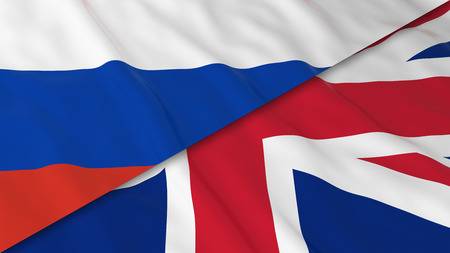 As we have already anticipated elements of Russian grammar as declinations, modal verbs and suffixes are reasons for hard work for those who want to make a translation into Russian. There are other elements of this rich language to keep in mind, such as adverbs. The Russians use and abuse the adverbs: “сегодня холодно” would be “it’s cold today”, but note that an adverb is used instead of a verb and an adjective. “Нам весело”, means “we are happy” (the literal translation in Englsih is “to us cheerfully” or the adverb supported by dative “, or” тебе жалко ” “provokes displeasure”, also in this case adverb and dative. of the Russian language that sounds very strange to an English ear: for example “справочное” or “столовая.” They are nouns that derive from adjectives, the first from “справка”, information that becomes office or information desk, the second that comes from ” стол “, table, and becomes a table. The Russians make it a truly disparate use. An important consideration deserves the context in which it translates: an example is the lexicon of novels, in which language can also differ, adopting for many adjectives the “short form”, for example “молод”, young, “красив”, beautiful, “ужасен”, terrible.

In recent years the Russian language has been permeated with many words of foreign origin, often English. The translator has the difficult task of writing these words in Russian without making mistakes. The difficulty consists in the fact that the words were “distorted” or reworked to the Russian, changing its composition or phonetics: “капучино” cappuccino loses a “p” and a “c”, “шоу” would be “show”, “хауз “Would be” house “,” пати “would be” party “,” болоньезе “would be” Bolognese “. Even our famous people have often undergone a change, we do not know taken from where, but now rooted in the common use: “Бениньи” or “Дольче е Габанна”. Last but not least is the persistent impossibility of pronouncing “o” instead of “a”, a letter “or” placed at the bottom of the word, since in the Russian language the unaccented “o” become “a”. Always talking about phonetics, but here the problem concerns only the interpretation and not the written language, it is the task of the Russian – Italian interpreter to move the accent with skill from the beginning to the end of the word, or vice versa, in order to make us understand from those who listen to us: the Fiat in Russian becomes “Фиàт” with a strong accent on the “a”, “Горбачёв” in Italian becomes “Gòrbaciov, with the accent at the beginning rather than at the bottom.

Over the years, Kasakova Traduzioni has cultivated a team of Russian mother tongue translators and interpreters, who combine a strong technical background with linguistic competence, which allows us to offer a translation service to and from Russian of the highest quality even with the most difficult texts, not only from or to Italian, but also to and from English.

In case you have any documentation to be translated from or into Russian, we invite you to contact us for a free quote